It's useless to introduce Scott Adams, but we have to say that he is not the one of the Dilbert comic strip, but the one of Pirate Adventure, The Count and Ghost Town. When I asked for an interview, he said: "What? Do you know me also in Italy? I did not know it, I believed that my games would never arrive downthere". The games arrived, Scott. And italian adventurers enjoyed them.
Before passing to the interview, we must specify that Scott was born in Miami (Florida) on July 10, 1952. He lives in Platteville, Wisconsin, and continues to have fun with computers. His second wife was born in Los Angeles and has Puerto Rican and Mexican relatives. But let's go to him.

When and how did you get involved with computers?
When I was in 11th grade in 1968 my highschool as an experiment put a timeshare terminal to an IBM 360 in the math department. The only language amiable was APL. When I discovered this I spent many many long hours teaching myself to program

What about your job before you began realizing games?
I was working as a programmer for a company when I discovered the original Colossal Caves on the mainframe. After finishing this I then decided to try and write an adventure game for my TRS-80 computer.

Your dream when you were a child?
Be a writer. 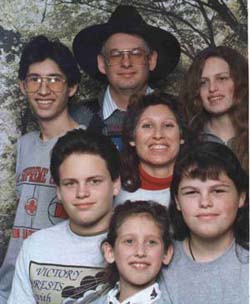 What are you doing now?
Busy playing games and being with family. I have 5 kids. I love first person games such as Descent 3, Half-life and Unreal. Strategy games like C&C and building games like Caesar 3 and Roller coaster tycoon. I am though working on a full sentence version of Return to Pirates island for old times sake.

And when you’ll finish it, do you’ll write another?
Not sure. If I ever finish RTP then I will probably start a fresh game.

How much money did you gain in the Golden Age of text games?
At is peak in the 80's Adventure International made 3 million in one year in revenues

Have you nostalgia for the past time of adventures?
Sure.

Do you think that adventure of today are as good as adventures in the past? Maybe the atmosphere of games is different…
Actually they are pretty good. I have played Myst and Riven and also many of the Lucas arts games. I like Lucas arts as the comedy element is well done.

Which person would you like to thank for all the nice things that adventures gave to you?
My Mom for bringing me up with the attitude I could succeed if I wanted to. 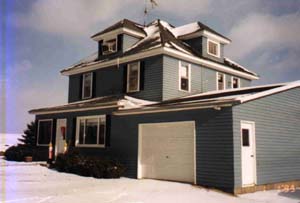 Tell us the worst game you have ever written. And the best, of course.
Worst game as tTRS-80 basic game that simulated a horse race. My favorite game never was published and was called Sapphire. It was an arcade that you played in a burning building.

Adventures are good educational games: isn’t?
They can be. Depends on what the author does with it of course. I liked to my games test the player but not unfairly. I always would have embedded hints to a puzzle in the game if the player was clever enough to find them or pay attention. 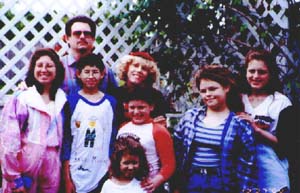 What are your doing in outdoors? What about your hobbies and what do you like to read?
Horse back riding and horse driving. We have 7 horses. Hiking and swimming. I read Science Fiction and also Religious items.

With your games you became famous in all the world: how did you feel?
Utterly amazed!

What about your family? Also your wife wrote adventures…
No actually she tried and I had to finish her efforts. I left her name on the games though. I have since divorced Alexis and remarried over 10 years ago.

What about Infocom adventures? Which Infocom games did you play? Your favorite?
I played the original Zork and greatly enjoyed it.

Did you ever think to write an adventure with Infocom parser?
Nope. Competition at the time was fierce.