He left the mark and then he went away. He does not play and he does not write adventures anymore. No one would expect this from the man who, with Will Crowther, invented the genre: Don Woods. But that's it. We must wait because maybe, one day, he'll come back. For now, let's go into History.

Mr. Woods, it all began with you. Text adventures world is born with you, the man who expanded Adventure. What do you feel when you think to this?
I'm pleased to have left a lasting mark on the world, and one that I hope most people would consider a contribution for the better. Games have always been an important part of my life, and I'm glad that something I did has led to so many fine games and so much enjoyment. 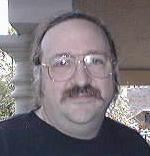 Can you tell us the story of Adventure? It's true that you found a copy on one computer left by an unknown Jonny Appleseed? Do you remember the exact day you worked to the first line of the code?
I don't recall the exact day, but it was early in 1976, perhaps March or April. I was a graduate student in the Computer Science department at Stanford, and overheard another student talking about a game he had found on the Stanford Medical Center's computer. I had him fetch me a copy so I could try it on the Sail computer. It didn't work quite right due to differences in the computer operating systems, but I was able to get it to run. The game itself had some bugs, including a location you could reach from which there was no way to move.

Do you have a photo of that computer?
It was the Stanford Artificial Intelligence Laboratory, also called Sail. Adventure itself had nothing to do with artificial intelligence, though some people occasionally try to pretend otherwise. I don't have any pictures of that, either, and Stanford sold the site many years ago.

Why you decided to expand the program?
The version I found consisted mostly of exploration, with almost no puzzles. But I thought it was an interesting idea for a game, and wanted to tinker with it. The game mentioned Crowther as its author, so I sent mail to crowther@xxx for all hosts xxx on the Internet, which in those days was still very small – it was called the Arpanet then, funded by the U.S. Department of Defense's Advanced Research Projects Agency. I got back several error messages from sites that had no person by that name, but did eventually hear from Crowther, who was by then at Xerox. He sent me the source for his program.

After that, text adventures did not become a business for you, isnt? Did you ever think that your job could be writing interactive fiction?
Right, I've never actually worked in the game industry; it's always been just a hobby for me. I think I prefer it that way. I enjoy games too much for me to be willing to think of them as "work".

Do you expect to write another adventure game?
No. The genre has moved beyond what I'm willing to produce. Adventure games now have complex plots, stories, and mysteries. I'm good at coming up with puzzles, but uniting them all into a single story is not something I'm good at. My wife is better at that sort of thing, and I could imagine trying to do a game together. But neither of us has the time.

Tell us something about you.
I turned 47 this year; I was 22 when I first worked on Adventure. I've been married for 17 years, and have one daughter, plus a stepdaughter. I live in California, a bit south of San Francisco. A large amount of my free time is spent playing games with friends. I play board games 3-4 nights each week, and role-playing games one night. In many cases my friends and I tinker with the rules to the games, trying to improve them or just to come up with new variations to try.

And now what is your job?
I'm a software architect and engineer: I design and write computer programs. I've done it for various companies, working on lots of different sorts of products.

What about Will Crowther, can you describe him to us?
He wrote his version of Adventure while in Massachusetts, but when I sent my mail he was at Xerox in California, not far from Stanford. We did eventually meet in person, but I don't remember exactly when. We got together occasionally, usually for reasons having to do with the game. For instance, one time we were asked to endorse a particular version of Adventure, so we got together at Crowther's house to try it out. I even worked at Xerox for a while myself, but not in the same building as he did. I wouldn't say we're "friends"; the relationship is more like the way two co-workers get along. I haven't heard from him in a while. I have an email address for him, but he hasn't replied the last few times I've sent him mail, so I don't know if he's still there.

Your model was Tolkien, isn't it?
Only very indirectly. Tolkien was undoubtedly part of the inspiration for Dungeons & Dragons, and D&D and Tolkien were the inspiration for a role-playing game designed by Crowther and his co-workers in Massachusetts. And that role-playing game – which I believe they called Tales of Middle Earth – was part of what led Crowther to write Adventure. It sometimes surprises people to learn that, when I wrote my parts of Adventure, I had never played D&D or any other role-playing game. Someone eventually introduced me to role-playing because they had heard about Adventure and figured I'd enjoy role-playing – They were right! I had read Tolkien, but I didn't consciously use it as a model for anything. Even the description of the volcano, which some writers have claimed was modelled after Mount Doom, was written with no particular vision in mind.

What really means Xyzzy?
It's just a nonsense word. It was in Crowther's version.

What about the adventures of today: do you play them?
I haven't played any adventure games in a while. I play computer versions of some board games, and I play some "position-building" games such as Heroes of Might & Magic. But mostly I play games with friends, not on the computer.

And old games? Did you play Infocom games?
I played some Infocom games, even before Infocom existed. I played Zork when it was being developed by students at Mit I almost finished it; there was one puzzle I hadn't figured out yet. On my way home after a long night at the lab, I finally realised how to solve that puzzle – I don't remember what puzzle it was. The next day when I returned to the lab, I connected to Mit and started a new game of Zork, and found that the authors had added several more sections to the game. At that point I gave up trying to finish it.

And Scott Adams games?
As I said, I don't play these games much, so I don't really know if I've tried any of Scott's games.

Did you gain money (or royalties) for Adventure? How much?
Sometimes. Never very much. People would send me $10 or $20 sometimes. Once or twice someone invited me out to dinner. When Crowther and I endorsed one commercial version we got some small amount of royalties for a while, but never very much.

What about your first computer? And your computer of today?
I started working with computers when I was 11, in the days when this was unusual – 1965. I sold my first program at age 12; it was a simple program that my father's company used at a trade show. The company was later bought by Honeywell, and the computer became the Honeywell 416 minicomputer. Today my preferred system is any form of Unix. I can manage okay on a PC or Mac, but even then I prefer to open a window to a Unix box to do any real work.

Do you think adventures can have a new market?
I have no idea. I don't follow the industry much.

Last question: did you ever sign an autograph for an adventure fan? If not, please send us one!
Not that I can remember, and I'd prefer not to start now. Sorry!

PS: We asked for some sketches or maps of Adventure. Don said that are all vanished, but he remembers a "diagram of the first maze (the all-alike maze), used to check whether any simple ripetitive actions would get you out".